You Don't Have to Stay Silent

Allow Me To Stand Up for You 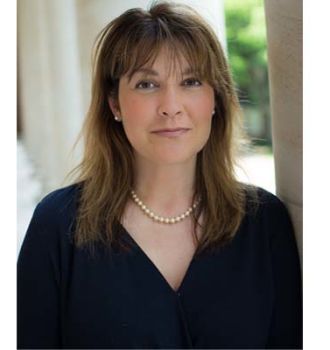 Sue has been practicing law for 26 years. After spending several years as a prosecutor and working with various nonprofit causes close to her heart, she entered private practice in 2001. Over the course of the last 19 years, she has handled a wide variety of cases, arising out of contract disputes, personal injuries, premises liability claims, and domestic assault situations. For the past 13 years, she has focused primarily on employment issues, working on behalf of both individuals and businesses large and small on sexual harassment, discrimination, retaliation, whistleblower, medical leave, and wage cases.

"I've seen the things my clients have to deal with, and I'm committed to helping them find a solution to move forward."

​Sue graduated from Villanova University School of Law in 1994, after completing her undergraduate studies at the University of Pennsylvania in Philadelphia. While in college, Sue was certified as a rape crisis counselor and worked with victims in the emergency room at Thomas Jefferson University Hospital. She also worked as a counselor and court advocate for crime victims and their families. After law school, Sue was certified as a domestic violence crisis counselor and worked with CASA (Court Appointed Special Advocates) for children while she served as a law clerk in the New Jersey Superior Court.

​Sue began her legal career as a prosecutor in Delaware County, PA, just outside of Philadelphia. As a member of the Special Victims Unit, she focused on domestic violence and sexual assault prosecutions, and she was the designated prosecutor for one of thirty Internet Crimes Against Children Task Forces in the United States. After that, Sue joined the National Center for Missing and Exploited Children where she worked with federal, state and local law enforcement on sex crime investigations, strengthening state and federal laws, and advocating for those who needed a voice in the criminal justice system.

No representation is made that the services provided by this law firm are any better than those provided by any other attorney or law firm, and nothing on this website should be construed as such.